The merger between Jesus Manifesto and Jesus Radicals has taken place now, so a final salute to the JM logo and a welcome to the new Jesus Radicals.
Posted by AdR 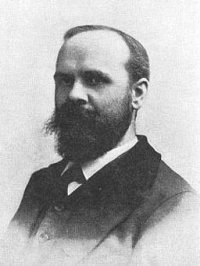 I want to share this short blog comment from Free Dissent here because of a couple of recent conversations.

There's a bloke - nice bloke - called Graham, who's been along to some of a few of the recent Christianity and Anarchism conferences and after each one I hear back third hand criticism of them from him.

His most recent criticism was of the conference at the gathering held at the London Catholic Worker Farmhouse. Undaunted by the fact that he wasn't even there he told one of the organisers that that there wasn't enough anti-capitalist at the event.

I know that in some of the small groups our conversations about emotional attachment to the state led naturally to finding ways to challenge the current economic system - alternatives to insurance, pensions, and the health service were discussed and some people shared examples from their own experience (not me!).

Graham is going to host a conference on Christianity and anti-capitalism, or so Adam Dickson tells me. Great idea: let a thousand flowers bloom. As soon as I get the details they'll be posted up here.

But a caveat from Free Dissent.

One reason why anti-capitalists NEED to be anarchists.

Capitalism needs the State to survive. Remove the State and Capitalism will die. Damn all forms of coercion. However, markets are independent from capitalism. Equating voluntary trade and mutual aid (such as barter) with state monopoly capitalism is false. Capitalism is industrial feudalism backed up by the guns of the State. The forcible transfer of wealth from the masses to the politically connected elite. This is why the Soviet system was nothing but state capitalism

It isn't enough to be an anti-capitalist as one can easily be such and still rely on the coercion of the state. It's tempting after all to lobby the state to coerce us into not being fascists, or into professionalising / depersonalising care. But this is just socialism or state communism. Like Conservatism and Liberalism these ideologies have been thoroughly tested and found wanting.

So you anti-capitalists: why not try anarchism. Because you're worth it. .... x
Posted by Keith

A Mormon introduction to Christian Anarchism [1/7] Three Christian peace activists were arrested at AWE Aldermaston after opening the base for disarmament.

Fr.Martin Newell (43), Passionist Priest from the London Catholic Worker, Susan Clarkson (63) of the Oxford Catholic Worker, and Chris Cole (47) father of three - also from Oxford, cut a doorway into the outer fence of nuclear base. The group then attached a sign saying ‘Open for Disarmament: All Welcome’.

The three then entered the base, through the new gateway knelt and prayed.

In a statement the three said: “We come to the Atomic Weapons Establishment at Aldermaston to open a new gateway into this tightly guarded factory of death. We come inspired by the message of Jesus to love our enemies, to be peacemakers and to live act nonviolently at all times."

All three have been involved in several non-violent direct actions and been jailed as a result over the years and have their prophetic witness rooted in their personal commitment to marginalised people in their own communities.

Susan and Martin have been part of the Christian anarchist conferences over the years. Chris Cole is Director of the Fellowship of Reconciliation, based in Oxford.
Posted by Keith

Notes from a future pariah state

A beautiful Saturday afternoon in a small provincial town.. That’s how you are supposed to call it, but a glance on the map of Holland (the western part of the Netherlands) shows one urban agglomeration form North to South, from Haarlem to beyond Delft. This part of Holland actually is one large urban area with some rectangle patches of green jotted in between, nonsensically named The Green Heart, “the dunes” and some more.
In this small town most people know each other, which gives it a village feel. The adjacent street terraces are crowded and there is continuous mutual greeting going on. I do not exactly know how we fit into this, but we do not feel excluded. With a goblet of Augustine triple in the sun the world does not look all that bad.

Yet we are discussing the seriousness of the situation in NL. A party seems to be coming to power which yearns for Guantánamo-style concentration camps, which wants to ban the Book of about a million faithful (and more, since I want to be able to read the Qur’an too), a party expressing loads of contempt for some of these faithful who are covering their hair which the party pretends to be able to tax (“headragtax”), and much more. The Netherlands can easily and perhaps inevitably become a pariah state in Europe. Since the fourteenth century this river delta country has depended mostly on trade and so the ruling class should prevent the xenophobic crowd from coming to power. After a long time of commitment to anarchism I will have to count on the ruling class to protect me...

We are seriously discussing the possibility of having to emigrate and ask for asylum somewhere, in the near future.. What exactly seems to indicate the danger? In any police state you can sit perfectly on a pavement and drink in the sun, you only should not talk too loud about certain things. The above-mentioned one man xenophobic “party” wants a special state brigade that shoots on sight those “everyone knows to be the wrong types”. And at night you may expect the bang on the door. It is the leftists wot brought the mooslims over here, you see, and now NL is shaking off sixty years of lefty dictatorship, that is his story. History is what he makes of it. Escaping to – Germany, Sweden, Britain, Ireland – in Belgium a similar party seems to be just a hair’s width from state power too. You hardly can imagine you have to consider these things seriously.

How to explain NL A.D. 2010 to non-Dutch? That a sixth of the electorate feels attracted to a man with a baby head and a bleached coiffure wanting to resemble images of Mozart? Not a charismatic man with a dangerously attractive twinkle in his eyes like Fortuijn – it was not a reason to vote for him but you could imagine people being charmed by him. The baby head is only grouching in parliament, supported financially from Tel Aviv and dubious so-called think tanks in the USA. Chewing the rag is a favourite pastime for quite a lot of Dutch. A friend who escaped southward a long time ago described this typical Dutch mentality as “badgering is obligatory, hitting is forbidden.” The moooslims will be badgered, it does not matter if it be legally allowed or not, someone has to be the main object of badgering. A sixth of Dutch voters thinks this is a way to live life to the full. And if one may believe the opinion polls their numbers are rising all the time. And badgering is bad enough, but will that be all in the future?

Two men dressed in jellaba put away their bikes near the café where we sit outside. They walk along, seemingly to the mosque, wherever that may be, there is no minaret in sight. In the neighbourhood in which I grew up the building of the pes control service has been turned into amosque without much external changes to the building. Humiliating muslims “in finibus” is not a new feature of the Netherlands. I notice there are quite a few men passing by, dressed like this along the pavement. It is ramadan, how could I forget.. Nobody takes notice of them, maybe I am the only person sitting outside giving them any thought. What is there to worry about?

And then there is a female passer-by attracting many glances. High-heeled, wearing a tube skirt reaching just under her knees. Her pantyhose may be flesh-coloured or absent, I cannot tell. She radiates elegance not in tune with sitting outside a café in the sun, but that would not necessarily attract attention. Her hair is the remarkable thing about her.
Her hair is completely packed in a knot, covered y a piece of textile generally called a bandana, a headscarf. The muslim headscarf. The young woman puts on a sullen look – if she knows her way around she must know there are three cafés in a row with pavement arrangements, crowded in the sun, and she is bound to know she will draw attention. Her whole look is giving out a statement and it must be purposeful, even though she puts some anger on her face. In bigger towns it can be seen increasingly – young women combining the muslim headscarf with miniskirts, yet they will wear dark tights. It is a remarkable appearance. These girls to me embody the hope that all may still be well with the Netherlands, even thought the usual cantankerous types will not enjoy it at all.

We had been spending some time in a news free zone, back in the world we hear that the “Brown” coalition of so-called liberals, so-called christian-democrats and fundamentalist protestants with the fascists seems to have been blown off by the Blonde Xenophobe himself. I do not know if that really is a relief.
To quote a famous Dutch hymn: There will be lots of struggle ahead.
Posted by AdR

Crossing the line "in a time of war" 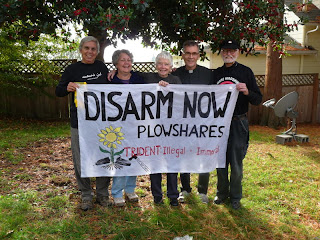 A federal grand jury in Tacoma has indicted five anti-war protesters, including prominent members of the anti-nuclear-weapons movement, on charges of conspiracy, trespass and destruction of government property for entering a secure area at the Naval Base Kitsap-Bangor complex last November.

The charges carry penalties of up to 10 years in federal prison.

The five are accused of using bolt cutters Nov. 2 to breach three chain-link fences surrounding the so-called Main Limited Area of the base, which is home to part of the Pacific nuclear submarine fleet. That area is patrolled by armed guards, who confronted the invaders at gunpoint, according to a news release from the U.S. Attorney's Office.

"All citizens are free to disagree with their government," said U.S. Attorney Jenny Durkan. "But they are not free to destroy property or risk the safety of others."

Durkan said the group — dubbed the "Bangor 5" in the news release — entered the naval base "during a time of war" and went into an area clearly marked as off-limits.

"They endangered themselves and prompted military personnel, who are duty-bound to guard the area, to quickly make a decision over the use of force," Durkan said. "These defendants quite literally cross the line and must be held accountable."

According to news accounts, several of the defendants have been arrested for, or charged with, similar actions over the years.

Montgomery spent time in jail in the 1980s after she and other protesters breached security at Martin-Marietta Aerospace Corp.'s defense plant in Orlando, Fla. Court documents indicate they entered a building where they "hammered and poured blood onto both nuclear and conventional missile launchers and components belonging to the United States Army."

She recently accepted the 40th annual Peace Award of the War Resisters League — an honor she now shares with Father Daniel Berrigan, the Jesuit war protester who was jailed in the 1960s and co-founded the anti-war and anti-nuclear Plowshares Movement.