Call for papers on Enlightened Anarchism

An inter-disciplinary event organized by Lapland University, in cooperation with Cambridge University.

Please send abstracts of no more than 500 words, including email address and institutional affiliation, to conference organizers Ali Jones at ajones@ulapland.fi and Mika Luoma-aho at mika.luoma-aho@ulapland.fi by June 1, 2014.
Please also see our website at: http://enlightenedanarchism.wordpress.com/

Anarchism has recently become a topic of scholarly focus, as social and political movements have become increasingly active across Europe and North America. While traditional public opinion tends to view anarchism as juvenile force of negation, violence or gleeful destruction, it is nonetheless possible to examine a far more nuanced discourse, as espoused by the social actors involved. In fact, many such groups are particularly focused upon combatting fascism, perceived state corruption, the effects of neoliberalism or globalization, or to dedicating themselves to fighting for environmental protection, immigrant and refugee rights, or in other arena of social justice. Many of these aims could be interpreted as not only in the public interest, but also to constitute some of the cornerstones of democracy itself.  Indeed, despite the traditionally discussed perceptions of anarchy, it is in fact possible to view these social movements as highly engaged public citizens, which begs the question of why they are ostracized and considered to be so politically threatening. It further causes one to re-examine democracy and anarchy categorically and philosophically.

This reconsideration further raises the debate surrounding the use of political violence for achieving democratic goals. This conference particularly wishes to open dialogue on these discourses, especially the moral, and one could even say spiritual aims of such movements.
Furthermore, analysis and recent scholarship also asks whether anarchism must be “justified” by such moral categories, or if it should attempt to remove itself from such dominating discourses. As such, both moral and anti-moral interpretations are welcome, as well as those papers interrogating this process of moral justification itself.

Focusing upon this notion of enlightened anarchism, the conference presents a forum for discussing the moral, anti-moral, religious, anti-religious, social justice, democratic and anti-democratic, or purely revolutionary discourses of modern anarchists and social movements.

The conference organizers are particularly interested in placing these contrasting perspectives into fruitful and exciting conversation. Some potential areas of focus include:

-Enlightened anarchism
-Political theology and social movements
-The use of anarchism to achieve the goals of democracy
-The use of anarchy to combat perceived corruption
-The justification of destruction for purposes of social justice
-Discussions of anarchist violence
-The justification of violence for achieving democratic or moral goals
-A re-examination of democracy and anarchism
-Explicitly religious anarchism
-Explicitly anti-religious anarchism
-Anarchism as a non-religious morality
-Anarchism rejecting the category of morality
-Other types of anarchism
- While papers on Marxism will of course be considered, the conference organizers hope that they will relate to anarchism in some way.

Selected papers from the conference will then be compiled into an edited volume, and submitted to Cambridge University Press or another international publisher by the end of 2014.

While travel funding is unfortunately not possible, limited subsidized accommodations are available. Presenters are encouraged to contact conference organizers Ali Jones at ajones@ulapland.fi and Mika Luoma-aho at mika.luoma-aho@ulapland.fi with inquiries. 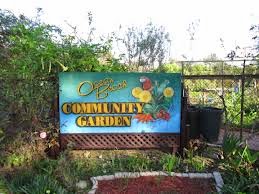 George Katsiaficas has been active in social movements since 1969. A target of the FBI's COINTELPRO program, he was classified "Priority 1 ADEX" (meaning in the event of a national emergency, people like him were to be immediately arrested). For 11 years, he worked in Ocean Beach, California as part of a radical countercultural community (described in Andre Gorz's book, Ecology as Politics). He moved to Berlin, after which he wrote two books: one on the global imagination of 1968 and another on European social movements. In these books, he developed the concept of the “eros effect” to name the sudden and synchronous eruption of insurgencies. For years, he was active in the cause of Palestinian rights. Together with Kathleen Cleaver, he co-edited Liberation, Imagination and the Black Panther Party. A graduate of MIT and UCSD (where he studied with Herbert Marcuse), he is currently based at Wentworth Institute of Technology in Boston and also in Gwangju, South Korea, where he finished a 2-volume book, Asia’s Unknown Uprisings.  His web site is: http://www.eroseffect.com

Alexandre Christoyannopoulos is Senior Lecturer in Politics and International Relations at Loughborough University, which he joined in 2010.He is the author of Christian Anarchism: A Political Commentary on the Gospel, a seminal book which brings together the writings of disparate Christian anarchists, Tolstoy in particular, and presents a comprehensive exegesis arguing that Jesus’ teaching implies anarchism. He has also published a number of articles, chapters and other publications on Tolstoy and on Christian anarchism, and edited Religious Anarchism: New Perspectives. He is currently working on a monograph on Tolstoy’s political thought, and co-editing a new collection of essays on anarchism and religion.A Fellow of the Higher Education Academy, he also acts as Treasurer of the Anarchist Studies Network and officer of the International Political Science Association’s research committee on Politics and Religion.His website, which includes a full list of publications (many of which are openly accessible online) and a more extensive biography, can be accessed via http://www.christoyannopoulos.com.

Call for papers - Living in the Cosmos 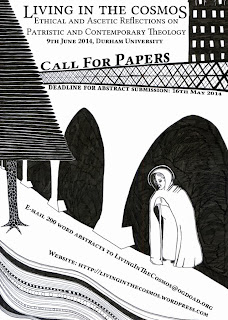 ‘Living in the Cosmos:
Ethical and Ascetic Reflections on Patristic and ContemporaryTheology’
Confirmed keynote speakers: Professor Andrew Louth, Dr Krastu Banev
Monday 9th June 2014, Durham University
9.30am – 5:30 pm
PG20, The Palace Green, Durham University, DH1 3EP
We invite the submission of abstracts for 20-minute long papers from all interested academics including a quota of one third postgraduate students for the day conference ‘Living in the Cosmos’, to take place at Durham University on Monday 9th June, 2014.
We would like proposed papers to address or engage with the title topic of the conference: ‘Living in the Cosmos: Ethical and Ascetic Reflections on Patristic and Contemporary Theology’. We welcome varied interpretations of this topic, including, but not restricted to approaches through Patristic and Byzantine theology, Eastern Orthodoxy and Anglicanism, discussing such topics as:
This is a new conference and arises in response to a growing interest in the relevance of Patristic theology for contemporary living. Keynote papers will be 40 minutes and will open and close the conference. There will be of three sessions of four 20 minute papers over the course of the day. We are looking to accept twelve papers, four of which will be from postgraduate students. If interest is large enough and abstract contributions greatly exceed this number, we will consider putting on multiple sessions at a time.
Please email abstracts of approximately 200 words for 20-minute long papers to LivingInTheCosmos(at)ogdoad.org
When doing so, please indicate your name and institution in the subject of the email and nowhere else on the abstract submission.
Deadline for abstract submission is Friday 16th May 2014.
Further notification will be issued when registration opens.
A registration fee of £10 for students and £15 for non-students will apply, which includes lunch and afternoon refreshments. A limited amount of overnight accommodation will be available to book in advance in St Johns College and other University colleges. Please contact us as soon as possible if you wish to book a room. We will also be going out for a meal together in the evening and we will be asking registering attendees to indicate if they would like to attend this also so that we may know the numbers for table booking.
It is unlikely that we will be able to give financial assistance towards travel or accommodation expenses, but those whose abstracts are accepted are asked to keep their receipts in the event that this changes.