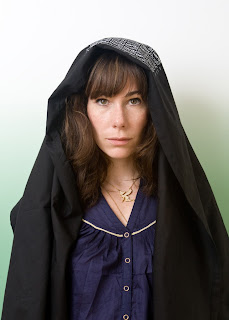 The hunting parties in France directed at Roma have faded from the news. Quite probably there is still need to be alarmed. But then, do we know a place in Europe that is providing good or hopeful news these days?
The new parliamentary season in Iceland started with the members having to run the gauntlet, around one per cent of the population of the island republic attending in the demonstration. The xenophobes in Sweden were left out of the government, that is still a consoling piece of news. Standards have been lowered rather drastically. Still two countries to escape to. Perhaps the Isles west of the North Sea might be an option too.

Hope has been given to us for the sake of the hopeless. The Roma. Those about to be on the losing side because of the "austerity measures" planned by the several European regimes - the poor who will be getting poorer since riches only look good if there are enough poor not enjoying the spoils of imperialism. The European Muslims, main aim of xenophobia, apart from the Roma. Apart from the wars the North Atlantic Treaty Organization is performing in such typically Atlantic countries as Afghanistan and Pakistan. Iran is next on the list.

These are rather strange days in the Netherlands. The so-called Christian-democratic party - resembling a real old style Eastern European communist party since its earliest days - has decided to form a government together with xenophobe extraordinaire Wilders - a one man party filling a sixth of the seats in the Second Chamber ("the Commons"). Yes, it is incredible, he has not got a party, only 23 obedient followers who take their time calling names to everyone they consider to be on the left or Muslim or both. A good partner for Christian Democrats. If all will still end in the regular way this will be the good thing about this episode: the end of these hypocrites in power and the end of that party in general. Yet there is no light at the end of this tunnel we in this country have not even entered yet.

The hunt is on.The most important this government has to decide immediately is prohibiting wearing burqas. There are about two thousand women in NL wearing this piece of garment, so this is an important matter as you will agree. Furthermore there will be tough measures against any immigrant from "non-western" countries who might still think it a good idea to enter the Netherlands. I can assure you, it was not and it will be even less. Highway speeding will be up, state support for the arts will be scrapped (they are left wing hobbies, we are told, even though NL has never had anything like a left wing government in the first place). Official education will teach that Muslims organized the "holocaust" and that Hitler was a socialist. This regime is proud to be on the right to the nazis.

Well, you have been informed for the time being. As illustrations I chose a "autochthonous" actress demonstratively wearing a headscarf telling she belongs to the "hard-headed" people.
The other day a male journalist put on a burqa in the southern city of Eindhoven and went his way through the mad shopping crowd. "They ought to be shot" was about the first and gentlest of responses he got. So I leave you now with two French female political science students who ventured on the busy streets of Paris combining a niqab with hot pants. More on their findings here.