Waiting for the encyclopaedia on Christian anarchism 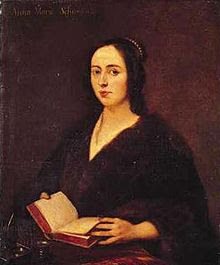 Apart from the short and mostly US-oriented book by Tripp York until recently there was not any introduction to ideas and praxis (which should be indistinguishable) of Christian anarchism. As far as I know now there are two, one I have not yet finished reading, and there is the book Christian anarchism by Alexandre Christoyannopoulos. With Introduction I mean a (birds' eye) view of several thinkers through several centuries. A look at Christian anarchist books or writings as sources for the writing of history (of political ideas e.g., both Christoyannopoulos' and my academic specialisation).

When you talk about anarchism in general the first question that should come to mind is: when can we reasonably speak of a time when it can be discerned as such. Resistance against oppressors or government of any kind is as old as government itself, but the state as an instrument of wielding class power over a territory and its inhabitants is a fairly recent development. So were the Anabaptists the first Christian anarchists, or several English revolutionaries of the seventeenth century - oh, as a good old chauvinist I should mention the Labadists of the late seventeenth century in the Republic too. You can argue about the birth of the state, but it was not much earlier, it has been growing for the past centuries and much as we may dislike it, it probably still is growing.

Traditionally people calling themselves religious or Christian anarchists identify with lots of predecessors or kindred spirits from Antiquity to present. But since anarchism developed as a reaction to the state we have to be rather strict. Whatever you think of Waldensians or Beghards, they do not fit into the anarchist mould (though present day Waldensians might - looking at the resistance in the Susa Valley).

Maybe some day there will be an Encyclopedia of Christian anarchism, who knows (extending the idea to Religious anarchism, though it sometimes is difficult to keep these anarchsims apart, would be an even greater task).

When I received the article by Laurens Otter and placed it the layout completely fell apart. That was a sign to ask the accused "Our author" for a rebuttal of the rebuttal, and in case you missed it... I sent it through to Alex Christoyannopoulos - admittedly, it is more difficult writing this than "Our author" - and to encourage him in writing his rebuttal-rebuttal I wrote:

The author Laurens Otter finds so much fault with does not mention Jean de Labadie, Anna Maria van Schuurman, H.C.J. Krijthe, Stoffel Muller, Maria Leer, Jac. van Rees, Lod. van Mierop, Anne de Koe, H. Meijer, Titia van der Tuuk, A.R. de Jong, N.J.C. Schermerhorn, Kees Koning, Frits ter Kuile, M.J. van Houten, Hilbrandt Boschma, Kees & Betty Boeke, S.C. Kijlstra, Jacoba F.D. Mossel, Margaretha Meijboom, Ali Sanders van Loo, Louis A. Bähler, H.W.Ph.E. van den Bergh van Eysinga, Ernst Stern, to mention but a very few, without whom a book on Christian anarchism simply cannot be worthy of its title. What is even more astonishing: Otter does not notice this. Did these Great Names escape him, despite his Dutch-looking name?
Could it be that this thesis is not meant for encyclopedic purposes and that it is worthy of praise for being an exploration of as yet hardly known territory for political science, theology, history, philosophy? Never mind - no mercy! That's the spirit.


Actually, there is not much I can add to this comment. I wanted to give my own accompanying note to these two huge articles, and this is it.