I am afraid this is only a partial reply to Christoyannopoulos, my wife is extremely ill, and this gives me only limited time.

I must make clear I am not an academic, sixty-three years ago I was a promising science student: I won a national scholarship to Harwell (not knowing that it involved work on nuclear weapons) but had to refuse it for that reason and consequently was persuaded by Prof. James Walton to give up being a scientist. Change discipline I became a third rate historian. 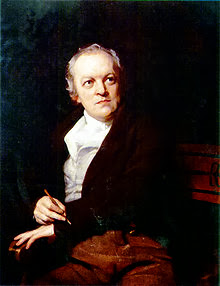 Though an active christian anarchist I would never have set out to write an encyclopaedic account of christian anarchism. Nevertheless I would claim that the people I mentioned are those – at least in the English speaking world – who have done most in terms of bringing christian anarchist ideas to a mass audience. C.'s book may measure up to academic standards, it falls painfully short in the terms of an anarchist activist.

Also I insist that modern anarchism is first and foremost a libertarian form of socialism, that it cannot be discussed without consideration of its relationship to Marxism. Though anarchists have always been critics of Marx, there is essentially a dialectical relationship between the ideas of anarchists and those of Marxists. (Which is one of the reasons why I am unlikely to respond to C.'s challenge to write on the influence of Muggleton or Blake on anarchism; for C.'s benefit: E.P. Thompson – who, though never an anarchist, nevertheless wrote a number of books which I regard as essential reading for any anarchist – has written brilliantly on these, and I would always recommend that anarchists read his work, I could never do more than plagiarize him on them.)

Christoyannopoulos brings out a book entitled “Christian Anarchism” - a title which implies a comprehensive depiction of the field - but confined himself to a small subsection, most of whom have never been active within the secular anarchist movement.

I did not in my rebuttal make any real reply on the question of Tolstoi himself. Certainly Tolstoi is worthy of a lot of anarchist attention, no doubt an outstanding writer, who contributed much worthwhile theory – Celia (my wife) and I called our first house after him - and we thought very highly of Ronald Sampson, then generally regarded as the English authority on him. (Maude was before my time.)

But Tolstoi was a man much given to rape – he regularly raped his wife, twice at least raped the wives of other members of his commune – women didn't belong under their own right - and raped two or three (at least) other peasant women. He ran a “commune” where the other communards were all peasants dependant on his charity, and given the nature of overall Russian society, they remained serfs, when in the commune and after it ended, none of them – including his wife – ever was able to express an opinion about this commune.

Also, as I mentioned, there was a significant element of anti-semitism in his writing, not as strong as in his pretended heirs, Alexei and Nikolai Tolstoi, but still not to be overlooked.

I question whether Tolstoi can properly be considered an anarchist, a term he never used for himself. Certainly noone considering anarchism should include him as such without some critical comment. No anarchist should be a serial rapist, no anarchist commune (or matrimonial or similar relationship) can be seen where only one voice is heard outside that relationship. No anarchist can be a racist.

The only arguably valid point I can so far find in C.'s response is his querying my use of the word rebuttal. It would obviously depend on which dictionary one uses. The Penguin one, which was the most convenient one when I wrote it, gives this as pointing out the falsity of an argument; which was what I wanted. I later thought it might have been more accurate to call it a “disavowal” or “repudiation”. C. keeps on saying that X or Y was not the intention of his book, but cannot see that by calling the book “Christian Anarchism” there is an implicit claim that only those of whom he writes (or at least mentions in passing) qualify as such.


P.S. Aims and Limitations para 3: the book relies ... on the writings of … from a small sub-section of christian anarchist thinkers. The fact that it is such a small sub-section is never made clear, & though he admits it's a limited selection there is a clear (& false) implication that that selection is typical/representative of the whole.

It is perhaps not relevant, and I shouldn't say, but the same selection of authorities was made some years ago by someone on e-mail trying to engage Séamas Cain in on-line conversation, rejoicing under the hardly christian, and hardly libertarian, pen-name of Pliny.

Anyone who knows anything about anarchism would know most of the names I mentioned. The fact that they were activists means that they figure in the anarchist record. That does not necessarily mean that they didn't write theory, it is more likely that bourgeois academics have neglected them; or, as in he case of Simone Weil, the Right has misrepresented their writings (as they did Orwell), because they didn't dare let the writings stand as written. That is the difference.

While the Catholic Worker has carved out for itself an anarchist role in the general life of politics, as has David Mumford, entirely independent of the secular anarchist movement, and in its way, the same could be said briefly for the Brotherhood Church, and while there have been in Britain (and no doubt elsewhere) a number of eccentrics who have proposed anarchisant ideas, and have spoken of themselves, as if they constituted a significant political movement; there has not been to my knowledge, any notable christian anarchist movement (other than the Catholic Worker and the Brotherhood Church) that has not played its part within the secular anarchist movement. So when I say of C.'s sub-section that THEY have not played a part, I mean (since I have only previously heard of their existence through the gossip of a phoney), that they have had no significant impact. The whole bunch, put together, have not influenced one thousandth of the people that Fr Hegarty influenced. Yet C. omits Fr Hegarty. Even W.E.B. Du Bois, questionably christian and certainly no anarchist, had done more to popularize christian anarchist ideas than the whole bunch of C.'s offering.

Returning to the word “rebuttal” - I felt anarchism as an egalitarian and revolutionary philosophy “was argued against”.

It doesn't seem to have struck C. that a demo is an argument. One does not risk a police beating/gassing, a prison term or even death for a cause without having an argument; one so does because the masses lack the access to the media that academics have; one engages in a demo, just as one writes an article, as a way of taking a message to a wider public.

Since C. claimed that christian anarchists weren't for the most part interested in the Old testament, the Dead Sea Scrolls – an extension of that Testament became immediately relevant, as does the Talmud and the fact that on the Golden Rule there is an interesting contrast between Rabbi Hillel and Jesus.

Anarchism is both a philosophy of political action and a lifestyle choice: if someone proposes admirable views as to how people should live, but apparently makes little attempt to live according to that same proposal, one has to question his/her anarchist sincerity.

The breach between the Brotherhood Church and the Quakers was relevant, because at that time the Quakers were very much a bourgeois movement, and their involvement with capitalism made a nonsense of their other beliefs. Even when I was a teenager, I was in part alienated from pacifism by meeting a Quaker who, though calling himself a pacifist, saw nothing wrong with owning a large block of shares in the arms industry. He wasn't prepared to fight, but he wanted others to do so.

Godwin was mentioned but not as a christian anarchist; as a Sandemian he may have been an eccentric christian – though hardly as much so as Tolstoi – but he was a christian nevertheless and so the fact that C. chose to pass him by as ONLY a secular anarchist is relevant. The references to Dorothy Day all picture her as a middle class do-gooder, her socialist origins are also relevant. Noone is asking for biography, just accuracy.

The fact that C. has felt he hasn’t had time to read Blake does not make Blake less significant, or compensate for the lack of a significant contribution to the subject of christian anarchism.

I could go on but it would all be in the same vein, and there'd be little point.

P.S. 2. Though my names may sound Dutch : 1) Laurens is found in all areas of the former Lotharingian empire, it is the actual Latin spelling; 2) Otter is Saxon/early Germanic for water and is also fairly widespread. There have been Otters in England at least since the time of Alfred the Great.

I was born in Clarens in Switzerland, where Elisée Reclus lived and Kropotkin stayed when he first came to the West. I was christened Jean-François Laurens Otter, known until I was three as Jean-François, then brought to England, and to my consternation my name was suddenly anglicized. I was never reconciled to this, until I was in my 20s thought of myself as Jean-François, but began to tell others that my name was Laurens when I was in my teens, and after a while so convinced myself.