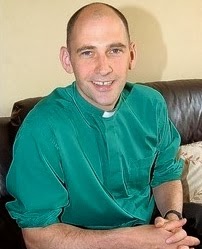 Foodbanks around the UK are reporting that the number of people needing food aid is still rising, as the poorest miss out on the economic recovery. Last week a report published by the Department for Food and Rural Affairs said those providing food aid attributed the increased demand to low incomes, rising prices and increased indebtedness. [2] Half a million people have visited food banks in the UK since last Easter. Meanwhile there have been 5,500 hospital admissions for malnutrition, up 73% since 2008. [3]
Over half of people using foodbanks have been put in that situation by cut backs to, and failures in, the benefit system – whether it be payment delays or punitive sanctions.
In response to this, food bank volunteers, church groups and poverty activists around the UK have united to launch End Hunger Fast. The grassroots campaign brings people from across the country together to call on the Government to meet its duty of care to UK citizens and take immediate action on welfare, wages and food markets – three of the biggest contributors to the problem. [4]
Supporting church groups, many of whom are also involved with running food banks plan to sign up thousands of supporters for a national day of fasting.[5] Further details to be released on the official launch date, March 5th include:
• New polling data and an advertising campaign from Church Action on Poverty
• A fasting relay, with forty high profile faith leaders, celebrities and food bank volunteers passing a fasting baton.
• A vigil outside Westminster, which will bring Government ministers face to face with the realities of hunger
Keith Hebden, End Hunger Fast campaign spokesman and Parish Priest for Mansfield, said:
“The Government has a duty of care to act and provide a basic safety net for its own citizens. But with so many relying on food banks, people having to chose whether to eat or heat their home, it seems it is failing in that duty.
“I believe the Church should stand in solidarity with the poorest and most vulnerable. I will personally be eating no food for 40 days till Holy Week to show how strongly I feel about this issue.
“I hope others will join and fast for a day, a week or as long as they feel able, in sympathy with the half a million hungry Britons.”
ENDS
Notes to editors
[1] A letter signed by 38 faith leaders, including 27 Anglican Bishops, Methodist leaders, the General Secretary of Quaker Peace and Social Witness and United Reformed Church leaders, was published last week. Since then a further seven Bishops have signed in support. They are:
Nick Baines, Bradford
Pete Broadbent, Willesden
Paul Bayes, Hertford
Graham Kings, Sherborne
Stephen Conway, Ely
Brian Castle, Tonbridge
Jonathan Clark, Croydon
[2] See point 1 in ‘Conclusions of Research’ on page xii of DEFRA report available here. This refutes previous Government claims that increased supply of food aid was driving increased demand.
[3] According to the Department of Health there were 3,161 hospital admissions as a result of malnutrition in 2008/9 and 5,499 in 2012/13. Full figures available here.
[4] The campaign is calling on the Government to act on welfare, wages and food markets. Specific suggestions include:
• Immediately undertake a full independent inquiry, reporting directly to the Prime Minister, into the relationship between benefit delay, error or sanctions, welfare reform changes, and the growth of food poverty and commit to implement its recommendations.
• To monitor, annually, the extent of hunger in the UK and commit to robust 2020 targets for its reduction.
• To begin a phased increase of the national minimum wage to a Living Wage, crucial to making work pay.
• To work with legislators in Europe to curb financial speculation on food markets, which are partly responsible for food price inflation in the UK.
[5] End Hunger Fast are organising an online campaign to encourage citizens around the UK to take part in a national day of fasting on April 4th. People can pledge to join the day of fasting at www.endhungerfast.co.uk
Also fasting for forty days: Simon Cross