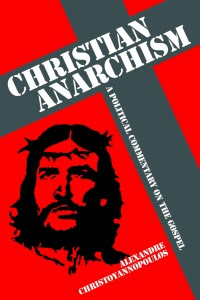 Christian anarchism has been around for at least as long as “secular” anarchism. The existing literature cites Leo Tolstoy as its most famous (sometimes even as the only) proponent, but there are many others, such as Jacques Ellul, Vernard Eller, Dave Andrews or the people associated with the Catholic Worker movement. Both individually and collectively, these Christian anarchists offer a compelling critique of the state, the church and the economy based on numerous passages from the New Testament. Yet despite the relevance and growth of this literature, no generic study bringing together these different thinkers or reflecting on their contribution has been published to date, because such work involves meticulous searching, compiling and structuring of countless different texts and sources, not all of which are easily accessed. This book, however, provides precisely such a study, and thereby presents Christian anarchism to both the wider public and the wider academic community.


Alexandre Christoyannopoulos' thesis, announced by the publishers, where you can order it with a discount (it still is pretty expensive).
Posted by AdR