Christianity and anarchism not necessarily leading to Christian anarchism 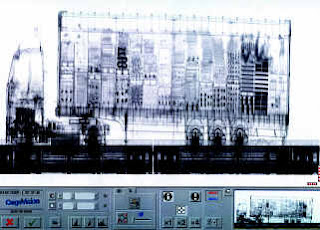 Paul Virilio considers himself to be a Christian.
He also identifies with anarchism.
He therefore - in English - may be referred to as a Christian anarchist.

Yet in general Christian anarchism, as taken stock of in Alexandre Christoyannopoulos' Christian anarchism should be seen as a synthesis between Christian belief/religion and anarchism. Anarchism being mainly a consequence of Jesus' teaching, and mainly again the Sermon on the Mount.
Does Virilio identify with this synthesis? If so, I have not read about it.

Perhaps the maestro himself should speak out.