Sharing your house with asylum seekers 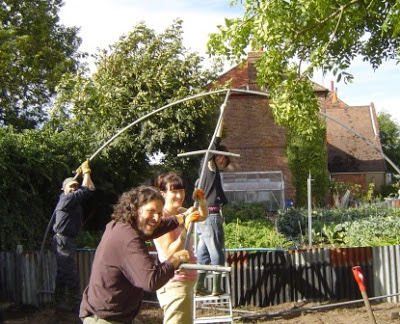 Maria Albrecht has only hazy memories of the first homeless person she and her husband, Scott, invited into their home to stay. But he was almost certainly an alcoholic, in his 50s or 60s, and he wouldn't have had a shower in a long time. He slept on a camp bed in the couple's sitting room: the family, with two small children at the time, were living in a two-bedroom semi.

That was about 20 years ago: since then, the Albrechts have welcomed approximately 300 homeless people into their home – some straight off the streets, others referred by the British Red Cross. "I know people think it sounds impossible, to just take in homeless people," says Maria, "but the motivating factor for me is this: if I was sleeping on a park bench, I would hope someone would do this for me. So I do it for others.

Even if we did mention it before (it probably happened but I cannot find where) it should be a pleasure to point again to the Catholic Worker Farm in Watford.
Posted by AdR