Dating the fall of Christianity 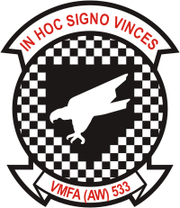 Legend tells that Constantine, emperor of the Western part of the Roman Empire, had a vision of a cross with the text "In hoc signo vinces", which I prefer to translate as "this sign will make you win". Since Greek was the more common lingua franca in most of the Empire and Constantine came from the Eastern part of the Empire he actually saw "Ἐν τούτῳ νίκα" (Win in this), but this was later more or less translated to serve the Church of Rome which always has had a preference for Latin.

"He actually saw" - well, that is wat we are supposed to think, thanks to Eusebius' History of the Church. Constantine himself never said it, apart from to Eusebius - so Eusebius tells us. So why should we believe this story about an emperor who allegedly became a Christian on his dying bed?

Judit Herrin in her delightful Byzantium - the surprising life of a medieval empire writes:

Licinius, Emperor of the East [and Constantine] met at Milan in 313 and consolidated their joint administration by marriage alliances which united the empire. They also decided to issue an Edict of Toleration, which proclaimed that all religions could be celebrated freely, including Christianity, so long as adherents of every god prayed for the well-being of the Roman Empire and the emperors. Ever since, Christians have prayed for the well-being of their monarchs.

Apparently, it was Licinius' idea to issue this decree, but since Constantine later killed his rival and became emperor of the whole Empire, and became a Christian just like Tony Blair and Bono, it had to be Constantine who took the initiative. And so the story goes.

A fitting theme to the fall of Christianity, as remonstrant Chuch historian Heering called it. Lies, treason and prayers for a murderous dictator.

So let's date the Fall in 313 then. And let's celebrate - 1700 years of prayers for the powerful, for the plunder of the powerless, for the creation of poor.
There are some four years left to organise a grandiose party...