The black hole of capital 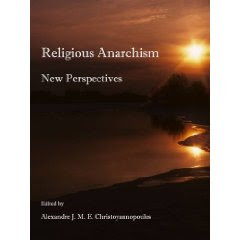 The bus company was let loose "to the market", some ten years ago.
In the First Great Depression Era stealthily all public transport was nationalised in NL by a regime dedicated to Free Markets and a Strong God-fearing Government. And New Labour ended it all, because sixty years of government exploitation had led to - good functioning, which was simply unbearable.

The bus company had changed its name from the North Holland Autobus Company into - merged with several other regional bus companies - Connexxion. Some people pronounce it as an English word, which really makes you feel at home. Just like Arriva and Veolia, appearing in all kinds of places since Competition had been introduced. Makes you feel like you are in Wales. Or England. Or France. Or Italy. Or Spain. Or Portugal. Etcetera. Oh glorious Market!

Soon Connexxxxxxion advertised travels to New York, a place I know very well how to visit and do not need a regional bus company for. At the same time all bus connections to the village where my working shed was located were stopped, to be run by volunteers whenever they felt like it (this was advertised as Strengthening The Community, another dear New Labour toy - it simply meant the end of public transport full stop).

Then there was the mail service. Actually it was older than the monarchy in NL so when it was privatised They decided to call it Royal Mail, but since this privatised thing had swallowed the Australian company TNT it was renamed to TNT, still showing a stylised crown but for the rest of it a formidable real estate dealer (all these post offices that it could close down now), under management of the former New Labour prime minister, incidentally (he also runs the former state telephone company, the former bank of the Post, an arms factory and Shell - you are not thinking of the word corruption, are you?). TNT apparently should be pronounced as an English acronym, once again to make you feel at home, and since Barack Obama is very much New Labour himself all TNT-cars now have the phrase "Sure we can" at their sides. In English, yeah.

In the first week of August our distinguished friend Alex posted my author's copy of Religious anarchism. I am now celebrating the eighth week of its non-arrival. I could have walked vice versa several times to England all this time, even try my luck at walking on water. Somewhere during the weeks past I lost faith in its ever reaching me.

I am told this is a NL specialty, although the British Royal Mail seems to have built a name for itself in losing packages and letters to - whatever wherever. Academics in NL say ordered books hardly ever reach them anymore, due to total liberalisation of delivery services. But where do they end up then? In a second hand store?

Whatever. Don't ya know the mail service is no longer supposed to be about delivering mail but about making profits?
Do you, pinko, not realise that the bus company is about making profit, now calls itself a Global Player with better things to do than running a line to your pitiful village?

It is not the only cause for the Second Great Depression, but it certainly is more realistic to call it a cause than bonuses former New Labour prime ministers and other grabbing "managers" hand themselves.
It is this willful and conscious wrecking of services which had to provide the infrastructure for the smooth operation of everyday capitalism now running aground because the services had to play Market and Make Profits.

On this optimistic note - it cannot last very much longer this way, I think - I enter the ninth week of the non-arrival of the first reader on religious anarchism on the planet, of which I was a proud contributor (the fun part of it has been slightly spoiled, I admit).