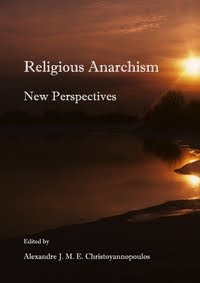 The paperback edition is out now!

The introduction by Peter Demand the impossible Marshall is a good review of "the field" and the author identifies with religious (transcendental) anarchism himself. It can be read here. [pdf]