Rantings of the Spirit 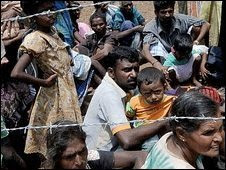 Whitsunday - in my neck of the woods this increasingly uncomprehended feast still is prolonged with a Whitmonday.
There is a yearly gathering of anarchists in NL at the anarchist camping site in Appelscha, Fryslân, an opportunity which as far as I know no other European country can offer.
Yet I have only been there once, as a particpating observer - in the cold of the night, in the hot pre-summer's day - like it is this year. Listless lilting about the connection between feminism and anarchism and the need for all to be feminist - yeah, sure, comrades - I have been around in the movement too long not to know that this is a kind of churchgoing - never practice on Monday what you are preaching or being taught on Sunday.

So I skipped the Whitweekend-mobilisations generally, visited the camping site once at some other time and did not feel very welcome there - until the moment the regular campers noticed I was a Real Anarchist myself - and then immediately my beloved was told about the blessings of anarca-feminism (she was a feminist, and she sympathised a bit with anarchism but she did not want to be annexed to anarca-feminism just because of her gender - cannot blame her for that).
I think this abstract obsession with feminism has died down nowadays, but I still do not bother to go, in fact have spent most of my Whitsundays for the past several years - unbelievable, innit - in church.

This year was different, for reasons I do not need to dwell upon here and now.
There is still the news, which for some Anglophones is homophonous to noose.
As a special Pentecostal treat a doctor performing late abortions is shot dead in church. The not-so postchristian US of A in the noose.

The BBC gave prevalence to the news about a city in the Swat Valley completely destroyed by the Pakistani army in the War Against Terror.
Tellingly, the story has already been moved to a place where you cannot find it, or it even has been removed. Yet there are other sources on Mingora.
And our everloving Auntie tells a story about hundreds of thousands of Tamils still on the run in Sri Lanka. Earlier in the past week we heard twenty thousand human beings had been killed in the final days of "the war" - again, a War on Terror.

No news in this news, altogether.
Time to ask for consolation to the Spirit which was sent to console.