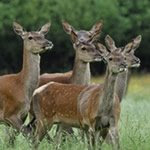 The paper edition of A pinch of salt contains a piece which I think challenging: Rewilding and the importance of animism in religion. It is an edited verbatim of Rob Mckay's notes from his seminar at "The world turned upside down; Christianity, anarchism, and peacemaking", Sheffield 2008. I was not present at this conference, at which apparently most visitors were different from those gathered in Bradford 2007 or Leeds 2006. So maybe it was all the better I was not there. Yet Rob touches on a subject on which there is a lot to be said and I will try to mention some points:

Religion aims to explain the mysteries of nature and the way human culture relates to it. Civilised religions place human beings as far higher than the rest of life on earth. The acts of categorising and controlling nature alienate humans from the land.

Animism is the religious contention that everything has a soul. Animists consider human community to be equal to the other plant and animal communities - not dominant and alien to them.

If religion is to serve the human community in connecting to the rest of nature it must be based in animism. To animistic cultures their land base will speak its needs as clearly as these words speak to you or I. The myths of an animistic religion are grounded in the land. So in order to make religion more animistic we must weave the written myths back in to the land base to bring it back to life again.

In other words: rewild.

Living in a country where what is called nature is never older than the oldest building in its surroundings I frankly see no opportunity to start rewilding. Unless I am allowed to dwell on one of the few really wild islands, the wildest of which turns out to be even less wild than I still dreamt. There can be no myths relating to a landscape or nature that has a (human) history which can be followed. There can be legends about how certain places came into being, I know some of them. There are ghost stories - I know one which I was told by people independently from each other and not knowing each other, so it was too good not to be true. And there are fairy tales, the English word refers to the presence of fairies or other elementals. Some of these are also too good not to be true. But then, ghosts and fairies, and ghoulies and things that go bump in the night still ask for a good God to deliver us.... They cannot be a foundation for organised religion (they can be part of the original meaning of the Latin word religio, fear of the numinous. but I am not going into that now).

"Religion aims to explain the mysteries of nature" - etcetera. If that is a description or even a definition, I see no difference with science. Maybe it means that for the unexplainable, the ever-mysterious, we need religion. But in the end one has to say about the Mystery, quoting Wittgenstein: Whereof one cannot speak, thereof one must be silent.

"The acts of categorising and controlling nature alienate humans from the land." That may be true, but there is no way back. I cannot pretend not to know the difference between a blackbird and a fieldfare and not to see they are biologically related as members of the thrushes family. Even less than I am arguing against ghosts or fairies I deny they have a soul. Of course they have. So do all living creatures and even supposedly non-living "things" like enterprises, organisations, cities, states even, houses, ships. Accepting the idea of entelecheia for all this does not make me an animist. It does not even make me a primitivist. I might be a Christian for a'that. By the way, Christ Himself had to do with ghosts and demons, more than He probably will have liked: see for example Luke 8:7-39.

Saying that a religion must be this or that goes very much against what I may call my anarchist instinct. Giving the prescription that we must find myths to reconnect to the land sounds as authoritarian, and may end up in kitsch.

Some sites the reader may consider in connection with the subject(s): Mythic cartography and Pantheism. 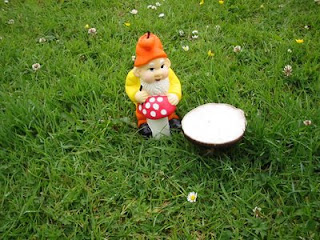