A home truth about the Crisis 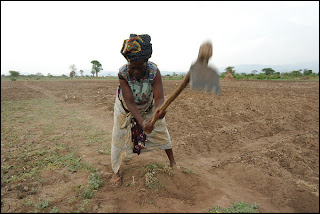 As far as so-called poor countries ("Third World Countries") are concerned, there is no sudden crisis. There has been Reform or Structural Adjustment Programmes. Adjustment to what?
You are not supposed to ask such questions.

Here you can find in the hollow, meaningless language of the pseudo-science called "economics" a report on how structural adjustment works in Malawi. The alleged purpose of the adjustment is industrialisation. There is, however, no industry. Agriculture is geared for export. The functions of the state which might have made it a decent institution (education, public transport etc.) are being stripped as necessary retrenchment measures.

And then, after 27 years of structural adjustment, a problem is detected.
There is hunger in the land. The use of food aid in a country of agricultural exports is being discussed.

It is not a breach with normality that makes up the daily catastrophe. The catastrophe is that things are going on as usual.

The actual implosion of Capital has been going on since around 1975. But this implosion is only called a crisis when it reaches the so-called developed world.
Maybe this means that the way to get rid of this social relation called Capital is closer at hand.

A bitter statement seen from the perspective of those who have been living the crisis for so long. Where living may mean dying from starvation or despair.

(Written after having read this and this.)