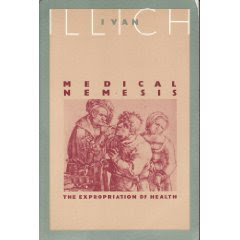 A poor try at translation of a beautiful verse of Hendrik de Vries' Koorts (Fever). The original haunted me whilst lying awake in a hospital bed I landed in at amazing speed this week - having landed I was told there was no real urgency required, the ophthalmologist just wanted to remedy my sight. And Ophthalmology apparently does not have a waiting list in the hospital - this Sunday I was the only patient left, and I could leave too.

Since election day in NL in 2006 I saw the world in stereo. One car approaching on the road presented itself as four headlights - and which were the real couple? At the day itself I thought it was a consequence of the hard work of being vice-president of the voting bureau - yes, I am that kind of an anarchist, but it will not happen anymore.
A frightening and dangerous experience. It gave me a fresh perspective at some of Marc Chagall's works. Once I saw a girl in a red dress walking in the air past the roof on the fourth floor. I looked down at the square below: there was the real person walking. Another strange experience was a girl walking on the pavement towards me, carrying her head under her arm, while still having her head on top of her neck.
"Never a dull moment at parties. There is always twice as large a crowd as there is for others," a fellow-patient with a bitter sense of humour wrote. Unfortunately I had to stop club deejaying, because finding the right groove at eyesight proved difficult and hence musical whiteouts, which you simply cannot use on the floor, became too frequent.

This hallucinatory world was ended for me by a gush of radio-active iodine, appropriately given on August 6th, another day I will easily remember (Hiroshima! nuclear!). It ended my hyperthyroidism, and changed it into permanent hypothyroidism. But at least the world became mono again. And against hypothyroidism you can swallow a little white pill. For the rest of your life. Grumble grumble. Was there a choice?

It did not end eye problems though, and for a few years I was blessed with the holy gift of tears without really wanting to shed them (though quickly changing moods is part of the condition too, so the real Gift of Tears I also have). This week it looked like worsening and I was losing eyesight. And so I ended up with a prednisone drip in my arm.

After the infusion started I was told that it could lead to a temporary condition of diabetes, which very rarely may be permanent. Thanks very much for telling me now - having a rare disease with even rarer symptoms I actually lack confidence in not being the one to escape this rare chance.
My first shot of insulin led to dizziness and seeing insects crawling where there were none. So-called recreational drugs work on draining blood glucose levels too, unfortunately this was not recreation. Eating a tangerine rid me of the insects.
To be continued? Grumble grumble. Was there no choice?

Medical nemesis. Curing one disease or condition and giving you a new one, which might turn out to be worse.
A little girl with whom I shared a house for a while had leukemia at a very tender age (the house was next to a circuit rectifying station for the tram company, thank you very much again). She was cured completely of the leukemia by chemotherapy which unfortunately wrecked her young lungs and she simply suffocated at the age of seven. What can you say?
You must know stories of this kind yourself.
Bear with me, this is not completely a personal grumbling story.

Yes, Religious Anarchism or Christian Anarchism are Beloved of mine - I cannot say I love Jesus the way the confident girl asks in the Youtube video. Actually, please do not mind my saying this: He says His yoke is light but there are easier ways of living than trying to follow Him. And I do not think anyone is really able to follow Him completely. Love - you have to explain what you mean by that. There are times I can hate Him. Especially when I consider there is a good chance people calling themselves Christians are eagerly willing to persecute you because you take His words seriously. A light yoke? But there are some thinkers who combine the Spirit with Praxis who never would call themselves Religious Anarchists or Christian Anarchists who still can be deemed to be in the paradigm.

For example, the one that first crossed my mind in my lucubrative grumblings and rantings on fever (without having fever). The author of Medical Nemesis. Excommuncated gay priest. Propagating new monasticism (especially in Celebration of Awareness). Green thinker, ardent hater of the punitive expedition against youth called School. Anarchist and still as religious as you can get whilst calling yourself atheist, as far as I can see. Look at him, this way and expand the gallery of Religious Anarchists. Consider Ivan Illich!

Try someone else? Paul Virilio calls himself an anarchist as well as a Christian. Not a Christian Anarchist, though. I do not know whether he knows the synthesis.

Staying in the Francophone world: consider two intellectual friends of Ellul's: Bernard Charbonneau, Green thinker on the state - his L'état is specifically recommended by Ellul as the ultimate book on the state; or Denis de Rougemont, Swiss personalist. Personalism, as one of the feeding currents of the Catholic Worker, may be interesting to study itself, but there are some scary rightwingers around there too.

If religious-inspired thinkers like Marshall McLuhan or E.F. Schumacher should be fitted into a paradigm, what else can you think of but the antipolitics of anarchism, even though they did not call themselves anarchists? Anarchism is too good to leave it to just-the-anarchists (Of course the Youtube girl is right at this point).

Consider Eugen Rosenstock-Huessy, as sharp a critical thinker on technology as Ellul and educator on non-violence, inspired by religion (he is Jew by origin, but takes a broader view).

There are more exemplary people to be included in the mighty Reader volume I wanted to design in my nocturnal fever pitch. For now I leave my story, have to chase some insects again and close this posting with a look at the sin bin of Religious Anarchism where we see designer Eric Gill. Do not leave out the Truly Embarrassing Folks when you aim at Completeness. (I confess of not having thought of any female thinkers outside NL, which I still consider My Own Territory on this subject. Simone Weil of course, but she is already paradigmatically accepted, I think).
Work to be done!
Thank you and good night. 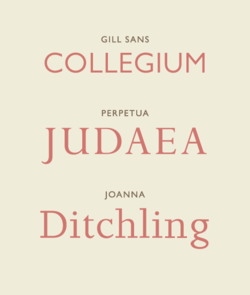