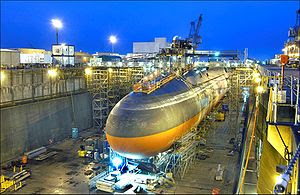 On November 2, 2009, All Souls Day, by the grace of God I choose to enter the Trident Submarine Base at Bangor Washington. I wish to walk to the idolatrous place of nuclear weapon bunkers where lethal force is authorized to guard the hiding places of the most lethal forces in the world.  I wish to walk in solidarity with the poor of our world who live with lethal force constantly directed against them. My vulnerability to this lethal force is minimal compared to the lifetime vulnerability of the condemned of our world. My compelling reason for entering the Trident Submarine Base is to be present at this Auschwitz place in order to witness in faith to the transforming power of Jesus' non-violence and Resurrection which can turn hearts of stone into hearts of flesh and compassion. At this place of global death and hopelessness I wish to witness in faith to the life giving and transforming power of this presence which can expel the demon of violence from the hearts and minds of people possessed by the need for nuclear weapons. I believe the life giving power of the Resurrection can flow over the nuclear death machine and stop its destructive force. Compassion can then grow in hearts and minds of people who have been liberated from the prison of fear and violence.
Millions upon millions of people throughout our world live with lethal force being directed against them. Our brothers and sisters and children live in war ravaged places where violence reigns and starvation, disease, absence of medical resources, absence of shelter eventually bring death. One hour from our shores in Haiti, where one in twelve children do not reach the age of five, parents give children mud cakes made of earth, oil, sugar and salt to diminish the effects of hunger pains. From the Sudan to Sub Saharan Africa, mothers watch as their infants and children become emaciated with swollen stomachs and lifeless eyes then die. All of these lethal forces are authorized.

In the U.S., except for the poor, we have been protected and insulated from the death sentences under which half of the earth's population lives. The drive for security has numbed our citizens to accept nuclear weapons as the ultimate protector of the American way of life. In effect this choice means the acceptance of the use of nuclear weapons if the United States considers itself threatened. The people of the United States accept the deaths of millions of people if a preempted strike is ordered. Thus the use of lethal force is authorized.

Across our nation there are vast numbers of U.S. citizens who face lethal forces directed against them which are not as immediate or instantaneously murderous as the lethal forces directed against the 3rd world poor. In our capitalistic system there are many who will not receive the health care, education, employment, appropriate housing and nutrition needed to live full human lives in this culture. These forces attack the body, soul and spirit of our citizens which eventually bring death of the spirit and then the body. This is especially true of one segment of our population - the mentally-ill, who live on the streets, under bridges, in door ways, jungle camps or in jails and prisons. They belong nowhere. They die. These lethal forces are also authorized.

The continued possession of nuclear weapons by the United States means that resources that could be used to divert the lethal forces that are now killing the poor of our world will continue to be used to fuel the killing machine.

Father Richard McSorley, S.J. has maintained that łthe tap root of violence in our society is the acceptance of nuclear weapons.˛ We must bend our efforts to make known the Non Proliferation Treaty Review which will take place on May 2, 2010 at the United Nations. By our presence we must insist that the NPT Review Committee in the very near future organize a nuclear weapon global conference of these treaty nations which will set a firm date for nuclear weapon abolition.
Posted by AdR