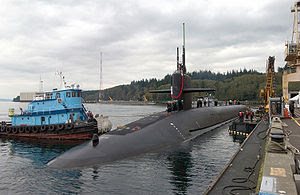 Statement of the DISARM NOW PLOWSHARES

I will purify you from the taint of all your idols.  I will give you a new heart and put a new spirit within you.  I will remove the heart of stone from your body and give you a heart of flesh.  I will put my Spirit within you and make you conform to my statutes.˛ Ez. 36:25-27

We walk into the heart of darkness, the Naval Submarine Base Kitsap-Bangor, housing and deploying over 2,000  nuclear warheads for Trident submarines.  By their very existence they are endangering the environment, threatening  the indiscriminate destruction of life on earth, and depriving the hungry, homeless, and jobless of billions of dollars that could supply human needs throughout the world.

The manufacture and deployment of Trident II missiles, weapons of mass destruction, is immoral and criminal under international law and, therefore, under United States law.  As U.S. citizens we are responsible under the Nuremberg Principles for this threat of first-strike terrorism hanging over the community of nations, rich and poor.  Moreover, such planning, preparation, and deployment is a blasphemy against the Creator of life, imaged in each human being.

We are called by Isaiah to take seriously our own responsibility to act as citizens of the nation that subjected the civilians of Hiroshima and Nagasaki to the hell of nuclear bombing and its deadly consequences.  The United States continues to research and develop even more inhumane weapons of mass destruction.

We are called by Ezekiel to transform our own hearts and to invite all those whose hearts are hardened by blindness, fear, and mistrust of the łother˛ to allow theirs to be transformed into łhearts of flesh:˛ disarmed, compassionate, and generous.
We bring carpenters' hammers to symbolically transform these weapons of death into material useful for homes and factories.  On this day of remembrance, All Souls Day, we bring our own blood in solidarity with the victims of war, who are invisible to those who target them.  We bring sunflower seeds to plant the hope of new life in this violated earth.  We intend to beat swords into plowshares as one step up the holy mountain where all nations can unite in peace.

At the beginning of the International Decade of Disarmament, we join with the survivors of Hiroshima and Nagasaki and the 2020 Vision Campaign to abolish all nuclear weapons by that year at the latest.  Nuclear weapons can never be guardians, defenders, or upholders of peace.  They are sheathed in stainless steel and metal coverings that conceal the evil incarnate lying within.  They are filled with death-dealing agents that tear apart humans and leave survivors scarred for life.  They leave no place for human care for the thousands who suffer and die in agony.  Nuclear weapons are a lie.  Their łprotection˛ is an illusion.  They must be abolished.
God will judge between the nations and will settle disputes for many peoples.  They will beat their swords into plowshares and their spears into pruning hooks.  Nation will not take up sword against nation, nor will they train for war anymore.˛  Isaiah 2:4
Washington State