...and you visited me 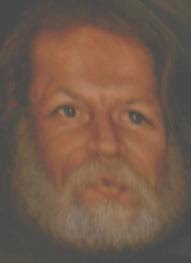 A few years ago I read the book The hot house - life inside Leavenworth prison by Pete Earley. One of the main characters in the book was an inmate who became a murderer inside the prison - he was in it for a robbery, and once in, killed a fellow prisoner (which he denies having done) and a guard (which cannot be denied). Especially for the latter case he is depicted as the most dangerous prisoner inside Leavenworth, if not in the entire US Gulag (but there are many who are given this qualification). He has been in total isolation for twenty-five years.

Locking someone up in complete isolation amounts to torture - and this type of torture has become rather commonplace in the locking-up industry which has plagued the so-called developed world for the past decades. Reading about this man reminded me of my own activism against especially the isolation cell. In the US Orwellian phrases like administrative segregation (ad.seg) or control unit or solitary confinement (still the clearest one) are in use. And what struck me most - somehow, at that moment a few years ago - was that this man never even has seen a leaf of grass for a quarter of a century.

Finding out his address proved rather easy, and so I sent him a picture postcard of probably the main attraction of Holland's coastal strip: the Keukenhof, the famous bulb garden. And he replied, seemed to be still reasonably compos mentis, probably the only way to survive his situation. He asked me some questions about that funny country I live in which I started answering when suddenly a passage from the gospel went through my mind. Matth. 25:36, to be precise - please look it up yourself.

It was hard for me to finish the letter, and I had to confess what had gone through my mind - "you may not know it, but you are Jesus. I am writing to Jesus at the moment."
I cannot call it a mystical experience, but it was a moment of fear and trembling. And the inmate - although he certainly resembled a starets in his complete isolation, which has been softened a tiny bit since then - cannot have understood what I meant. Especially since he has a conspicuously Jewish family name. And perhaps the censors at the prison took care of my note, because we never got any reply to it (my lady-friend took over the correspondence).

A real visit is out of the question because of regulations concerning prisoners in isolation, so this is as far as I have got in meeting Jesus, the most famous inmate at death row of all times... 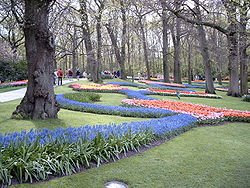