State and government - there is a difference 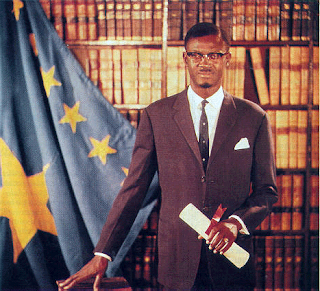 A reaction containing so many important points for discussion it should not be hidden in the comment box - a response to the previous entry.

"Just say no to the State" ?
But Lumumba would have been a head of State precisely.
While I share the spirit of this blog and posts I've read, seen from Europe the contempt for the State seems odd. I more often see the State as people's tool to defend against the vast majority against social injustice rather than an independent body harming me. Without the State, what would stop the predators ? How could common good be pursued ? Social welfare ?
Of course I would prefer a self organised community, close to intentional communities, as in municipal participatory budgets (Brazil), but do you also consider that as State ?

Thanks, Philippe. Perhaps the first thing to be mentioned is that this blog at the time of writing is made by Europeans, so the continent does not count as a source for different views on the state. An important anarchist view on the state is still Kropotkin's, completely to be read online nowadays. An approach with a christian anarchist touch seems to be Bernard Charbonneau's L'état, which to me however is still elusive so I cannot judge from own experience.

Lumumba would have led the newly independent state of Congo-Leopoldville as it was called then, and we will never know if or how it would have worked. Maybe not, and it does not matter anyway: it did not happen and if it did no doubt anarchists would have criticised him as well.

A distinction should be made between government and State. As Seán Sheehan points out in his Anarchism, anarchists cannot be and therefore are not against government as principle of political organisation: a kind of executive at different levels which however must be carried by mandates which are revocable at any time. It is the original idea behind workers' councils - usurped by a state calling itself Soviet Union (Union of Councils). Yes, there is some experience with this form of government, but they were put down by States as quickly as possible (Russia, Spain, Algeria - watch out for Argentina and Greece these days).

The first way of manifesting itself is the state commanding its subjects to pay taxes. The difference between a band of robbers and the state is that this way of robbing is considered to be legal. It worked that way during the building of empires: suddenly people in Africa or Asia had to pay cash to some very distant white authority which put them in prison or worse if they did not obey. Does this sound libertarian in the anglophone sense? If so, I can only say they are right. The state is not a shield for the weak against the predators, it is the predators organised, as armed robbers and as murderers. Murder: these days shown at its absurdest in Gaza. Shooting some ragged rockets is labelled as terrorism, simply because it is done by what is not considered a state (and let us be clear about it: it really is terrorism). Throwing bombs from the safety of an aircraft carrier is considered legal punishment for this terrorism and not as terrorism, but it is worse terrorism than the rocket-shooting.
Considering the difference between govenrment and state is very important and there should be clarity about it with (religious) anarchists.

Municipal participatory budgets were new to me. I hope Philippe meant what the link is referring to. It sounds like a kind of libertarian municipalism, as advocated by Murray Bookchin. It sounds more like government than state, but I gather Porto Alegre still has a police force and there is still the federal authority ready to send in the army if Porto Alegre turns out to be too alegre for the state...