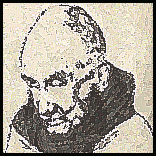 A remarkable quote from Thomas Merton, the author's note to Zen and the birds of appetite:

Where there is a lot of fuss about "spirituality", "enlightenment" or just "turning on". it is often because there are buzzards hovering around a corpse. This hovering, this circling, this descending, this celebration of victory, are not what is meant by the Study of Zen....... The birds may come and circle for a while in the place where [Zen] is thought to be. But they soon go elsewhere. When they are gone, the "nothing", the "no-body" that was there, suddenly appears. That is Zen. It was there all the time but the scavengers missed it, because it was not their kind of prey.

Written in 1968, the worst was yet to come as far as the quest for exotic "spirituality" with Northatlantians is concerned. Merton did not live to see it. However, he more or less introduced Zen in benedictine liturgy, notably practiced in several monasteries.