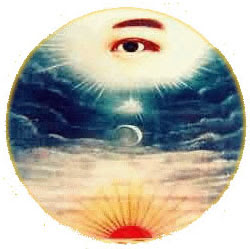 It's only televison - or even better, quoting my ADILKNO-friends: blah blah blah it's only media...
Fridaynight, prime time 9pm, BBC2. Peter Owen Jones is doing the second instalment of Around the world in 80 faiths. There will be eight episodes of one hour each, I understand, which means every faith mentioned must be dealt with within the incredible time span of seven minutes.
Doing Confucianism in seven minutes.
Daoism in seven minutes.
Etcetera.
And then - is the presenter as naive as he acts as if he is, or not? I am not sure. He is a reverend of the Church of England - how much does he know about (especially early) Church history? When he says that there is such a huge difference between Christ's teachings and the Buddha's, I start to wonder whether he knows either.
Or is it just playing for the crowd, supposed to be watching at a flagship time on an important TV night? I don't know - suppose I will have to keep watching, though.

This site offers you an opportunity to spend more than seven minutes with Cao Ðai, a faith from Vietnam which might be called syncretist and new, but - just as all the other ones, let there be no doubt about that - worth taking more time for.