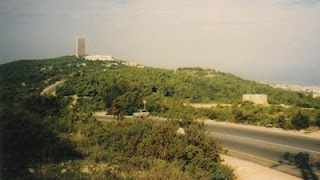 Around ten years ago I had an appointment with an Israeli anarchist professor, who was looking for people willing to present a paper on Gustav Landauer. I suggested to offer a parallel history of ideas of Dutch Christian anarchists and Landauer – whose anarchism certainly can be called religious but not Christian. This for the rather simple reason that he was Jewish, and although he presented thoughts of Meister Eckhart’s in modern German he never betrayed his spiritual roots – why indeed should he?

I spent most of that summer studying Landauer and getting to see the connection between Christian anarchism and Landauer’s type of anarchism. It proved rather helpful that I considered and still consider his Aufruf zum Sozialismus (Call to socialism) the best invitation to anarchism I have read – and I have read quite a few. In the final analysis the connection between “my” Dutch Christian anarchists and Landauer was founded on the basis of mysticism – strange as this may sound since many people cannot think of combining “basis” with “mysticism”. The latter word seems to refer to floatings in the air, not with the baking of daily bread for a corner shop (which was a connection I found – and to my amazement the retired Israeli professor told me he now was a baker at a kibbutz...).

So I braved the odds of entering Israel, being questioned in the middle of the night whether this professor might be called to verify my story. I had to spend the night outside in front of the university, watching the sun coming up and getting strength. I did not know what I was waiting for – actually, it was Saturday and it took me quite a lot of apparently forbidden work to even get into the room I had made a reservation for in the university building. And then Monday morning arrived – the moment of my debut as presenter of a paper at a university on the subject I had been studying for some time. Nobody there, except for the Israeli professor. Most participants, it turned out, had cancelled their promise to participate. And those who had not done so did not turn up. After nearly half an hour the professor decided to call it a day: “It happens”. He would try to squeeze me in somewhere so I would not have travelled all this way in vain. I was too stunned to be sad or angry.

Walking through the corridor of the university building I saw a man who was putting a notice on the information board: Extra Seminar on the study of “Mysticism and society”! I had to laugh, the man putting up the notification asked me why. “Because I have to ask you whether I can present my paper at your seminar”. I told him the story, gave him a print of the paper, he had a quick look at it and said that naturally I would fit in. If ever I could have believed in God’s Finger, it was at that moment. A few days later I was presenting the story of Dutch Christian anarchism and its parallels with Landauer to an international audience – and afterwards the moderator, a reverend of the Evangelische Kirche and I were rather stubbornly invited by a Carmelite nun to present our papers to a Carmelite community – at Mt. Carmel itself. I had to improvise it in French, the first European language of Christendom in the Near East. The unforgettable picture of smiling convent sisters behind their bars listening to me telling about the connection between anarchism, mysticism and Christianity... Writing it down I find it hard to believe it myself.

[Written as Pt. 1 of a series: Mysticism - a coming out story.
Only this biter has been bit by his own previous posting which suddenly made him see how much he takes for granted.
The picture is a look at Haifa University from downtown. I would not go there nowadays, a critical theorist working there with whom I stayed in touch called it "a sad part of the world".
Anyway, God willing - to be continued].